I've always thought if I had enough books and an internet connection I could endure months of isolation in say a small cabin in the Alaskan wilderness during winter. I have now learned the truth. I got through three months of seclusion from the Covid-19 virus fairly well, but the imprudent folks of our state (Louisiana) caused the governor to freeze the reopening in early phase two.  In other words, we can get haircuts now (I've had two!) and eat in restaurants if we are far from all other customers and wear masks. We haven't done the latter and continue to order takeout which is very good around here.

However, having completed three difficult puzzles, run through three books of crosswords, put a huge dent in my TBR pile of books, and have plenty of internet access, I realize I don't do seclusion well. I miss personal interaction, hugs, doing book talks, going to movie night and book club. The libraries aren't even open for browsing. I make my husband take me along in the car when he runs errands like a dog who just wants to get out.  He rolls down the windows for me, too, while he completes his mission. I put on a mask just in case someone might talk to me. If I get an annoyance call on the phone, I listen to their spiel before and ask questions before I hang up if it isn't a robot on the other end. Now that is desperate for company. My poor stock broker called to check up on us after the recent hurricane to see if he could help. We were fine, but I kept him on the line for half an hour just to chat. I guess he won't be offering to help us again.

About the only thing keeping me sane is my writing. I slumped badly at this during those first three months when I was also recovering from surgery and had no energy and lots of pain inhibiting me. What finally brought me around was two, only two fans, who asked when the next Sinners book would be out. Truthfully, I had all but the last three chapters written and had just let it sit there even though I knew what I wanted to write .I sat down and finished The Aussie Sinner in a few weeks for them. Off it went to the editor who wanted it redone in deep point of view which I hate since I prefer lighter stories to those heavy with emotion. Truly, I almost ditched the whole project, but we reached a compromise. I would make specific changes she wanted but not redo the entire story. Now it is slowly moving through its edits. No telling when it will be out.

Then, an historical romance I'd submitted elsewhere was accepted. I soon found myself knee deep in edits for that book, but as they don't require deep POV, this moved along fast. I have my cover and received my galley the week Hurricane Laura was due to hit our coast. We're situated about eleven miles inland and up on a ridge so usually don't flood. I tried to finish proofing the galley before the storm sure to knock out our power, but you have to read a galley slowly to find all the nit picky errors like misplaced commas or incorrect quote marks. I didn't quite finish before the storm, but it did give me a reason to get out of bed each boring morning. The good news is the storm passed to the west of us and other than a night of howling winds and spates of rain and three tornado warnings in the night, we had an easy time of it. And lo and behold, we still had power in the morning. While my husband picked up downed branches, I completed my galley and sent off the errata for The Greatest Prize which will be out December first. I think it is one of the best of the Longleigh Chronicles.

Even better, I got my writing chops back and have started on the next Sinners title, The Bad Boy Sinner.  It's coming along slowly but surely. So thanks to those readers of mine, the two Jo's as I call them, for relighting my fire. 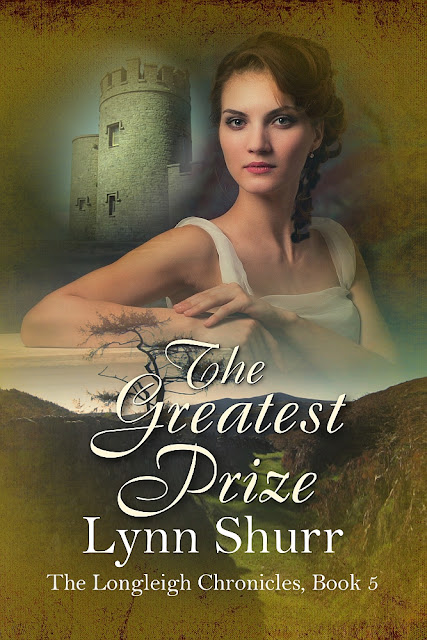