Six months ago, I embarked on getting four of my books out on audio.  It's a long process. I put four of my titles out there: Goals for a Sinner, Queen of the Mardi Gras Ball, Mardi Gras Madness, and Trashy Affair. As I mentioned before, the narrators get to decide what books they will do.  I quickly discovered, they don't like to do long books. Evidently, it takes three or four months to record a short one, say 65,000 words or less, and up to nine to do a 100,000 word book. That eliminated Queen at 112,000 words, no takers there. I did have one try out for Trashy at nearly 100,000 words, but found the voice to be too serious and mature for this humorous novel and turned it down. No others have applied. Now, I had been warned not to be too picky as these are readers and not actors. They literally read the story to the listener rather than create voices for each character, but still you want to get the right person.
Two people auditioned for Goals for a Sinner. I turned down the first voice as being too young and giggly for twenty-nine year old, jaded with men, Stevie Dodd, but accepted the second, getting a little scared I wouldn't have any more. Hey, she did a nice job recording it over four months. As I listened to every word of the proof, I found only a few errors and in one chapter with some missed paragraphs. I noted this and hope they were put back in as the story makes an abrupt move forward at that point. So, six months from start to finish and Goals for a Sinner is now available on audio easily ordered from Amazon!
One person offered to do Mardi Gras Madness. At 87,000 words, I was nervous it also would not be chosen. But, I liked her sample reading well enough and went for it. The project was thirty days late in arriving for me to proof, not a good sign. It also showed up just after Thanksgiving when the holidays take over my life, but gamely, I sat down and started to listened to ten hours of tape. The first three chapters were good with only a minor error or two.  Then, chaos entered the process. Every chapter after that had numerous repetitions, some coughs and sneezes and throat clearing, over twenty such incidents in each chapter. Finally, when I got to six errors in the opening minutes of a chapter, I skipped to the next. Thirty chapters later, I found that the final chapter and epilogue were free of errors--but no way could I accept this book! I returned it with the note that it was unacceptable and had to be redone. My publisher took a brief look lest I was being picky--and agreed. She offered to pull the contract.
The narrator's excuse was that she had changed editing software in the midst of doing the recording. However, it also appears she didn't check her work before sending it on to me. I believe we are giving her a second chance, but no telling if the audio of Mardi Gras Madness will be out for Mardi Gras, which I had hoped, or if it will be good enough to accept. Hoping for the best.
Publishing is fraught with disasters like Ashy Affair being issued on e-book with only one third of its pages. Audio books are no different, I've learned. In the meantime, enjoy the audio of Goals for a Sinner and the whole New Year ahead of us. 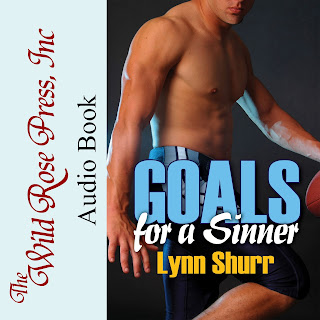