Not really a post, just the answer to win a copy of Ashy Affair in the Romance reviews big March blowout contest.  In Trashy Affair, the hero's occupation is pilot.  Go to http://theromancereviews.com/event.php to learn more. My question should appear on day three in March.

My Favorite Books--and Why

I am not speaking of books that influenced me like Pride and Prejudice and Jane Eyre in high school, Lord of the Rings in college, and Gone with the Wind one long, hot summer. Nope, talking about those I have written.  Though like all authors, I love each baby I have brought into the world, some do have a special place in my heart.  Doesn't mean that publishers or readers necessarily adored them, too.
My first love was Queen of the Mardi Gras Ball, a 1920's historical that required nine months to write because of all the research.  It grew out of one sentence in A Taste of Bayou Water when a person recalls the heroine's great-grandmother dancing on a table at the local speakeasy. Yes, Queen was turned down time and again, those good rejections that said it was a good story and well-written, but readers currently had no interest in that decade.  By the time it came out, my mother to whom the book was dedicated, had lost her vision to macular degeneration and never got to read it. While it doesn't sell well online, most of its reviews are five stars, and I find it easy to hand sell. 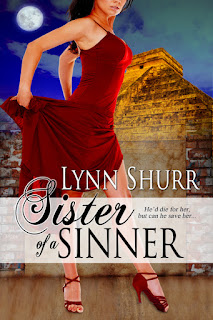 Rosamond was a flapper who had no wish to be queen of the ball, but rather an independent "new woman" who made her own way in the world.  She makes some mistakes along the way but triumphs in the end by having the job she wants and marrying the man she chooses. Within the book are some of my mother's childhood memories of that time.
Queen fell into second place when Trashy Affair came along. Despite the title, this is a tale of recycling both garbage and people and of small town politics.  In it, I think I achieved the perfect balance of hero and heroine, an attraction of opposites.  She is feisty and refuses to believe a man like Merlin Tauzin, a little trashy himself, can help her restore recycling to the town. Oh, yes, he can do that and more.  This one has always sold well in both e-book and softcover and was optioned by Amazon for its Encore program, the only source for the e-book now where it still garners plenty of great reviews. That's why the failure of Ashy Affair, a companion book killed by defective e-book copies, really hurt. I felt Ashy was almost as good but never had a chance to prove itself.  It's my poor child who can't live up to its brother.
My third favorite (last one, I promise) is Wish for the Sinner, the second in my popular Sinners sport romances.  More than just sex with athletes, these books are also a family saga that follows a quarterback, Joe Dean Billodeaux, from his days on the bench as a backup to his retirement as a franchise player and icon.  He starts out as a terrible womanizer, and some readers have a problem with that.  By mid-story, he has fathered an illegitimate child and found the woman he wants more than anyone else to help raise the boy. Joe and Nell's story in Wish goes on beyond their wedding to having their own children and adopting another. It was turned down as the sequel to Goals for a Sinner as not a romance since those are supposed to end with the marriage, evidently the place where romance goes to die, but another press did pick it up and published many more Sinners books as the family dynasty grew.  The Sinner's Legacy series follows the lives of Joe's children. The Sinners books now number seven with the eighth due out in March or April, my nineteenth to be published--and yet my closet is still full of manuscripts and my brain full of ideas for new books.
Since I just received the cover of Sister of a Sinner today, I might as well share it now and hope you will give this one a chance.  Though there is a hunky football player between the covers, this is the story of Joe's adopted Mexican daughter, Xochi. Taking place during the off-season, it is an adventure tale as well as a romance with less football than usual. Xochi's backstory can be read in Kicks for a Sinner if you want to catch up with the Billodeauxs. Happy reading--and oh, Happy Valentine's Day.